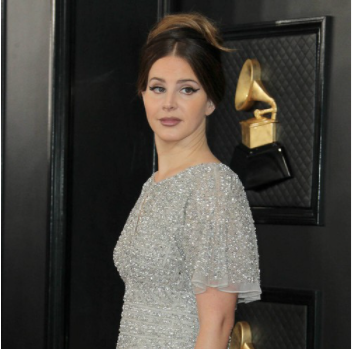 Lana Del Rey has raised eyebrows by seemingly defending her Chemtrails over the Country Club album cover before facing any criticism for it.

The Summertime Sadness singer took to Instagram on Sunday to share the front cover of her upcoming record, which shows her wearing a 1920s-style dress while gathered around a table with a bunch of women.

Shortly after sharing the picture, Lana returned to the post to add a comment, with her appearing to pre-emptively respond to criticism about the diversity of the group of people depicted on the cover.

“I also want to say that with everything going on this year! And no this was not intended-these are my best friends, since you are asking today,” she wrote. “And damn! As it happens when it comes to my amazing friends and this cover yes there are people of colour on this records (sic) picture and that’s all I’ll say about that but thank you.

“My beautiful friend Valerie from Del Rio Mexico, my dearest friend Alex and my gorgeous friend Dakota Rain as well as my sweetheart Tatiana… these are my friends this is my life. We are all a beautiful mix of everything- some more than others which is visible and celebrated in everything I do. In 11 years working I have always been extremely inclusive without even trying to.

“My best friends are rappers my boyfriends have been rappers. My dearest friends have been from all over the place, so before you make comments again about a WOC/POC (women of colour/people of colour) issue, I’m not the one storming the capital, I’m literally changing the world by putting my life and thoughts and love out there on the table 24 seven. Respect it.”

It is not clear if Lana, who referenced the siege on the Capitol building in Washington, D.C. by Trump supporters last week, was responding to a user’s critical comment or not.

The singer courted controversy last year when she responded to claims she was “glamorising abuse” with her music and named artists who had written similar material, with her mentioning mostly women of colour such as Cardi B, Nicki Minaj, and Beyonce.