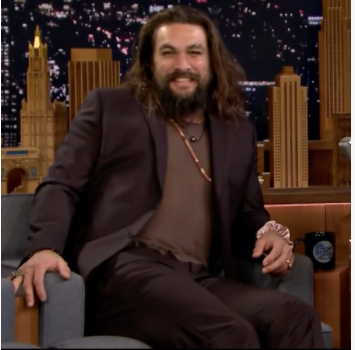 The ‘Game of Thrones’ star – who is a keen bass player – is a huge fan of the ‘Enter Sandman’ rockers and close friends to their current bassist, and he’d love to pick up some tips.

He told Bass Guitar magazine: “When’s that guy going to teach me how to play bass? Ha ha! He’s like my spirit animal, I love him.

“When I’m with Robert it’s like we both came out of the same cave. We’re the spitting image, and I absolutely adore him and his son and his family, they’re amazing.”

The 41-year-old actor has also been inspired by Metallica’s late bassist Cliff Burton.

“That’s the reason why I have my Rickenbackers, because of him. I f****** love Cliff. He was unbelievable. Did you see [Metallica’s new live album] ‘S&M2’, with the standup bass playing it?

“Oh my God. I had chicken skin, I was watching it over and over. I thought that was just so beautiful for Cliff.
“I’m all old Metallica, bor. I probably listen to ‘Ride The Lightning’ and ‘Kill ‘Em All’ every week, if not every other day.”

Jason is also a big fan of Primus star Les Claypool, and the pair have been able to jam together at the latter’s home.
He said: “I can’t wait to gather more knowledge to be around him and just jam.

“We had a really great time together, which was a really big relief because you don’t want to meet your heroes and then they’re f*****’ a*******.

“We were having fun, just being fathers and family men. It was super inspiring. I asked him a lot of questions.”